Fusarium wilt causes wilting of the above ground tissue and general vine decline in watermelon. Typically, one side of the plant will exhibit more severe symptoms than the other, which is known as unilateral wilting. The fungus colonizes the vascular system causing discoloration that is visible if stems are cut open longitudinally. Fusarium wilt typically occurs in patches in the field. Infection occurs in the Spring when temperatures are cooler, but symptoms are seen in the summer when higher temperatures favor the wilt symptoms. 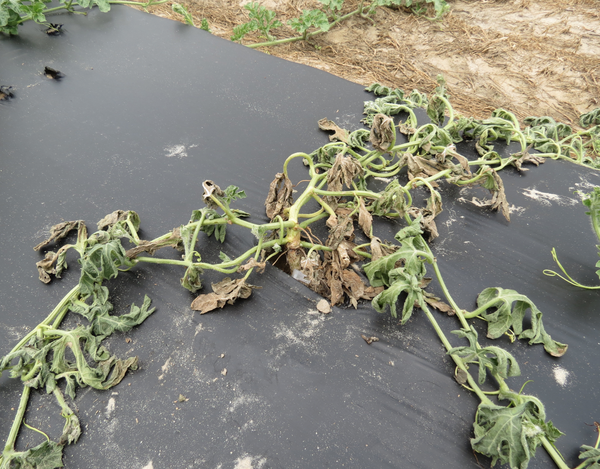 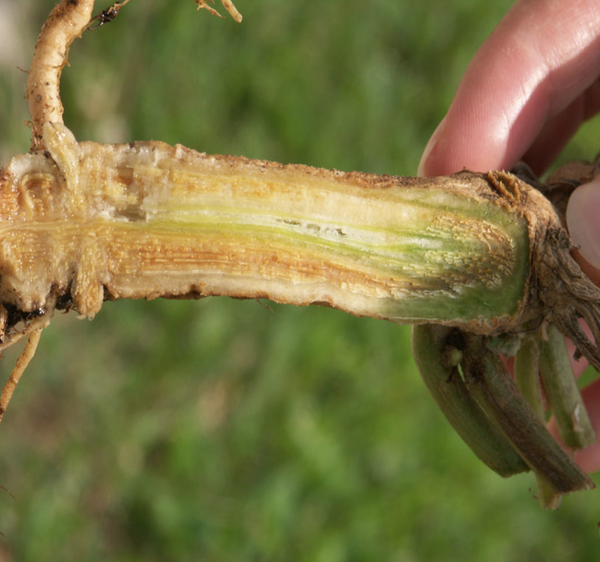 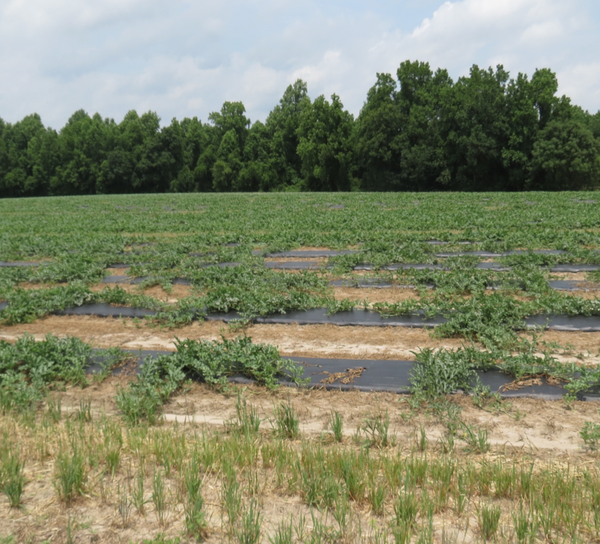 Figure 3. Fusarium wilt is a patchy disease and healthy plants can be found in between diseased plants. 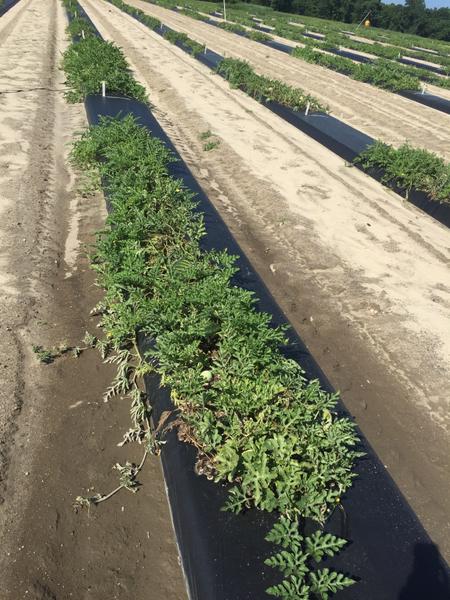