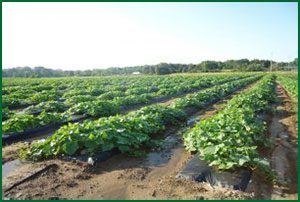 Cucumber, Cucumis sativus var. sativus, was originated in the Southern Asia Continent, where highly diverse wild as well as cultivated forms are found. Secondary centers of diversity for cucumber exist in China and the Near East. Modern cucumber was domesticated from its wild relative, C. sativus var. hardwickii, that is found wildly in India and several Southeast Asian countries like Thailand, Vietnam and Laos. 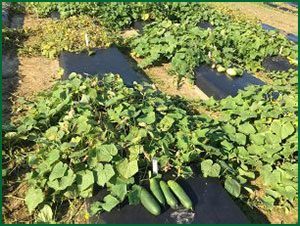 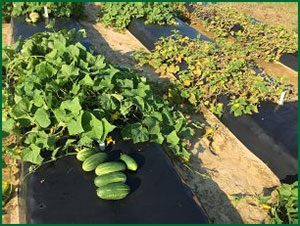 Cucumber downy mildew, caused by Pseudoperonospora cubensis, is a foliar disease of cucumber. Prior to 2004, the disease was controlled through a single recessive gene, dm-1, identified in a cucumber PI accession collected in India (PI 197087) (van Vliet and Meysing 1974). After 2004, the dm-1 gene was less effective in maintaining resistance to the pathogen in US production regions. Additional sources of resistance have been identified in several cucumber accessions originated from India and Pakistan including 197085, PI 330628, PI 197088 and PI 605996. However, each of these sources of resistance have undesirable fruit quality traits for slicing, pickling and European greenhouse markets (Criswell et al. 2010; Call et al. 2012). Among the PI lines examined, PI 330628 and PI 605996 were more resistant longer in the season than other cultigens (VandenLangenberg and Wehner 2016). Their overall vigor and large plant size may give them the ability to outgrow the disease. It is concerning that the resistant accession PI 197088 appears to develop disease symptoms faster than other resistant PI accessions since it is currently being used for the development of commercial cultivars with high levels of resistance. 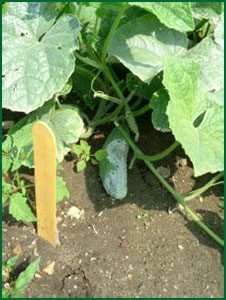 Phytophthora fruit rot caused by the oomycete pathogen Phytophthora capsici, is a serious disease in field-grown cucumbers. Small, dark, water soaked lesions develop on infected fruit, eventually encompassing the whole fruit with white sporangia. Fruits are the most highly susceptible part of the plant. The disease reduces yield in the field, and, if infected cucumbers are not detected early, can also spoil shipments after harvest.